as most people by now — Joan Rivers passed away yesterday
on August 4th, 2014

i truly enjoyed her comedic style and especially loved watching her latest project Fashion Police many an evening with my wife — the level of social commentary on the rather insane world of celebrity and fashion actually seemed to be the perfect target for her brand of ribald, insult-based humor, and even though she sometimes projected harsh criticisms in a supremely public delivery forum, she also intentionally added a level of humility and humanity to every conversation she engaged in on the show { and throughout the span of her entire career, too } by making Fashion Police a conversation instead of a ranty dialog

i actually found her to be quite endearing, regardless of the harsh and vitriolic persona she portrayed as part of her little critique panel for the Hollywood Junior High School culture covered so endearingly in the mainstream media — she also very cleverly hand-picked her more gentle colleagues on her panel to offset her mean transgressions against these almost holy figures the American public seems to so readily worship — her nightly posse, Kelly Osbourne, Giuliana Rancic and George Kotsiopoulos, nicely accompanied and balanced out the Rivers’ material in a really beautiful and thoughtful way, which I’m sure was the natural, genius orchestration behind Joan Rivers and her larger than life personality and comic approach to life 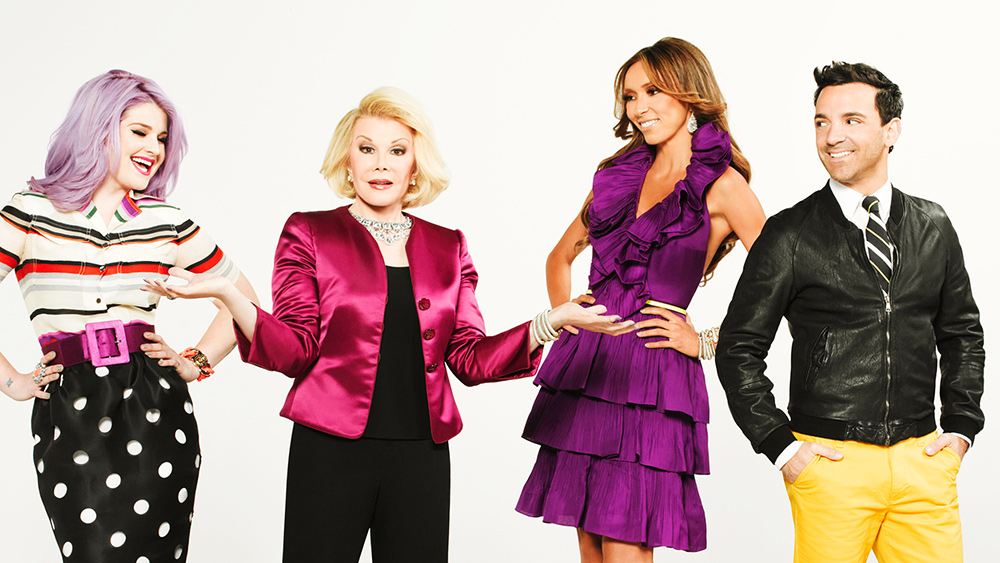 i think i particularly loved her blunt and ofttimes vicious injections knowing full well that Rivers was consciously targeting her own culture, the culture of stars and fashion and appearances — the surface culture that covers all of America — as much as she was part of it, she constantly thumbed her nose to it in the most deliciously self-deprecating and hilarious way imaginable — and, Rivers also seems to have left a legacy of philosophical insight into the strange dynamics of comedy and funniness that can be rather easily exhumed from various sources around the web

i find this quote particularly fascinating — it seems to confirm the theories that Portland State University communications professor David Ritchie, PhD discusses as his ‘Truth in humor‘ theory in Metaphor and Symbol as most likely derived from Freud’s Relief Theory of laughter and humor

“I succeeded by saying what everyone else is thinking.”

— Joan Rivers, 1933-2014
we love you, we live on through your life devoted
to humor, social commentary and laughter