Okay … I hate to say it, but I originally wanted to post this to LinkedIn Answers, but I’ve already asked my quota for the month — so I tried posting this to Quora, but they requested me to format my ‘question’ 4 different times in a spam-like fashion … so, uhm … here it is in blogFormat … my ‘question’ called: 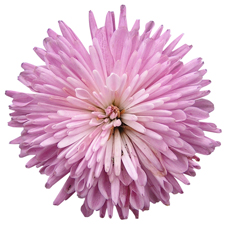 The evolution
of an idea

Okay, not sure if its just me or something, but I cannot resist running along with the evolution of an idea … wordjam talking up some amazing concept with 2, 3 or more people and just watching where it goes … no ideas too wild to consider or include in the cybernetic talkStream of subConsciousness … a session over coffee, a meal or drinks … a talk in the hall … seemingly innocent social scenarios seem to turn into these wonderfully intense idea-related conversations that cut and cross and sway and grab until one idea turns to the next and builds up into another … each little additional contribution to the conversation opening up new possibilities, improving the initial dregs of a concept through instant iterative excitement … its just amazing and I love being part of this big picture development session

Even later, far beyond the original brainstorms have subsided and opened to clear skies and rainbows on an open calm sea of a well-thought out, newly orchestrated gameplan for idea implementation … little conversations along the way seem to continually open up new possibilities, new potentials to push the idea to an even higher place

How many other people ‘out there’ have these experiences? Do you orchestrate these sessions in some way? Sort of reign them in, lock them down? Or can you somehow manage to keep that energy and excitement going throughout the duration of a project? If you participate in cardsorting, strategic planning or brainstorm sessions like these, how do you take the clutter and aftertaste of such a wonderful event and begin to organize, plan and move forward into the second, third, fourth and other stages beyond that exciting inceptional beginningPoint?