a lot of fantastic advice about brand and behavior … good professional advice that anyone ‘out there’ could use for any profession … i don’t want to reveal too much here or get down into the dirt of what us comedians need to go through to make an honest living and get ahead ( laugh ), but i do need to describe an amazing event that i got to witness immediately following the 4 hours of expert insight and suggestions coming from the comedic and business mind of Hoftstetter

after we all learned the deep dark secrets Steve had to share with us … we exchanged kind salutations, business cards and shared an elevator ride descent of 16 flights back down to the New York City streets … some banter and goodbyes and then, standing still and looking up and down the sidewalk i watched the comedians, large and small, men and women each with their own demographically diverse backgrounds, heritage, life experiences and sense of funny fashion … i got to see the comedians walk off into the afternoon armed with this newfound knowledge to help better their careers and help bring joy and laughter to people all around the world ( but mostly in the United States )

it was an inspiring vision … an incredible feeling to think of our afternoon union in the sky … to get the lowdown from a selfless professional in the industry … we drank in his knowledge and advice and now we all bring this insight out into the world as we aim to kill audiences far and wide … i felt a joy, a certain powerful sense of a dispersed community, a pride and happiness … and i laughed a little to myself as i headed off into the slight drizzle and crisp air just like any other realm of design, you do not necessarily need to start thinking of the Total eXperience Design right from day 1

let’s say you start off designing a campaign or concept from a pure print standpoint at first … you have brochureware, business cards, flyers, posters, books, periodicals or any microSet of these items from the realm of paper and physically printed work … you can easily take your high resolution and vector-drawn artwork and interpolate that into the realm of onScreen eXperience ( oSX or whatever else you might personally call it … most might say uX for user eXperience, but i think i prefer the implied ‘operating System‘ in this oSX tla* … there is also an nearReference to ‘ossification‘ in the oS part of the tla which definitely holds some resonance to end deliverables like wireframes and other IA documents that set up the backbone for later rounds of ‘skinning‘ or visual design treatment ) … that works out nicely, right?

and then from high resolution to low resolution ( for onScreen ) to no resolution ( for mobile or text-based interpretation of the original print to web to text ), that’s another easy degradation … and we all know it could work in the reverse as well ( but would be a LOT more efficient having vector and high rez brand elements from the first ), there just may need to be some sort of reCreation to make the no to low to high rez translation possible

these are still playing in the realm of what i would consider relatively flat media … sure, there can be an element of time and space in both onScreen and onDevice eXperience design, but there is an almost near-predictablity whenever the backend relies on database technology ( as opposed to a less predictable system of people or performers )

here is another way to extend the experience design

let’s say you hand out training materials and businessCards ( other paperWare as well ) and after a period of rehearsal and behaviorSetting event-based sessions your salesForce or performance militia is then allowed to carry out some sort of activity ‘out there’ in both the real world and online … these performers ( salesFolk, whatever ) can then use tools such as databases and preScripted materials ( corporate or not ) to act on the behalf of an organization to work toward achieving a goal … a truly dynamic system … one that is a lot more improvisational and a LOT less predictable than one that uses a pre-programmed mathematical set of algorithms to perform a task ( a Javascript randomizer, perhaps, serves up 1 of 20 different animated gifs … or maybe there is a semantic web microApplication or adServer that grabs the historical online trends of a user and serves up some content or graphic that proves to be more relevant to the user as they navigate a system … if you’re a heterosexual woman, maybe the dynamic system serves up the image of a strapping, young poolboy w/ the tagline … ‘Hey Baby, time for some fun’ … and then maybe if you’re a tree in the autumntime, maybe a block of text gets served up instead to describe the benefits of dropping acorns to not only propagate the species but also to help a squirrel family survive through the upcoming brutal winter squalls approaching )

as an example … the totally random, packeted and human-chaotic approach Al Qaeda implemented might best explain the difficulty, perhaps, in properly tracking and putting a stop to the young pilot students in Florida prior to the 911 attacks … i personally believe, with the advent of satellite spy systems and other superCool stealth tracking the US government utilizes, that there is no way they could NOT have known, to some degree, that there was at least going to be some sort of mass hijacking in the skies above and about NYC … maybe the pure evil inside of a system of human beings cannot be tracked or measured by any device or team of watchers … or maybe all data was available to certain departments or individuals tracking the behavior patterns of these suspicious foreign agents but there was a failure to go beyond the numeric, patternistic analysis and interpret the criss-cross addition and multiplication of all the components to fully realize the truth and intention behind the efforts of the student internationals suddenly interested in ‘learning to fly’ … but the human element here, in this particular system design, that human element was either the excuse behind non-prevention or acted as an insanely powerful subterfuge to the antiSystem ( i guess system and antiSystem can be purely a matter of perspectavity … from the US standpoint, of course, we were protecting the system of Democracy { or Capitalistic Consumerism from the purely financiofactual societal analysis filter } and the antiSystem would be the terrorists, no matter from where or whence, from the era of the great Lewinsky and onward into the future forever and evermore )

the ultimate dynamic systems need to not only involve humans as the end-user | viewer | participant, but should also exploit the power of human performance within the system to help steer the processes from within the system

could robots effectively be programmed to sell Oracle products?

let’s say you could completely emulate a human voice, the inflection and accent of a salesperson or performer ( i keep saying performer as my real interest, my intentions are not meant for real market-effective purposes at all but perhaps, indeed, for the forces that influence the opposite inflexion when so deserved ) … could all of the circumstances behind a human conversation between client and representative be accounted for to anticipate every thread and potential for exception or bargaining? i don’t think so …

my theory is that life is a dynamic system … and that people, being the users of the system, need an equivalent human component within the system to create the ultimate dynamic set of status and interactivity …

if we started with a performance piece, a play perhaps … how could that experience be extended? maybe the brochureWare, the artifacts that will survive the live experience, these items could be designed to help brand the event and serve as a means to resuscitate the memory of the original live performance ( its key elements, narrative and nuances ) in the mind of the concertGoer or theatreGoer … maybe there are more intential ‘takeaways’ distributed to the audience ( Walter Sickert and The Army of Broken Toys typically distribute little ‘toy’ noisemakers for cued audience participation at critical shock and emphasis points in their theatricalmusical event-based concerts and shows … Crank Sturgeon quite frequently uses olfactory sensation to create a bit of spacial memory discordance that heightens my own post-event discourse and reflections of his noise performance, sound art and danceworks { he might throw freshly raked leaves about the space or burn fabric inside a toaster oven, each producing a unique and memorable nasal-based brand for his performative episodic installations } ) … or perhaps the performance itself purposely begins to extend beyond the stageSpace … maybe there are faux-protestations being carried out in a semi-unoffcial manner to heighten the senses of the audience as they encounter the rage and discontent of this pre-performative ‘appetizer’ tasting of what the intended subject matter could include … more and more literary experiences ( or at least fictional and written experiences ) are being augmented with peripheral online experiences that might express the opinions of just one character from the book using MySpace, Facebook or other pretended social web experiences to deepen the mythological aura and fictionSpace surrounding the ‘real work’ … Sasha Baron Cohen’s ‘Brüno’ movie had several promotional website extensions that helped heighten not only the hype but also the riduculous personality and parody that is obviously at the core of what Cohen does …

not every design needs this sort of extension

but in thinking about Total eXperience Design potential for a campaign, activity or product it can be very helpful to consider the static, temporal, algorithmic and ultimately human ( chaotic or concordance-reactive ) elements to include for the most effective txd … to consider, perhaps, not only the user expereince as seen from the side of the target audience but also from the vantagepoint of the targeting user participant in the system 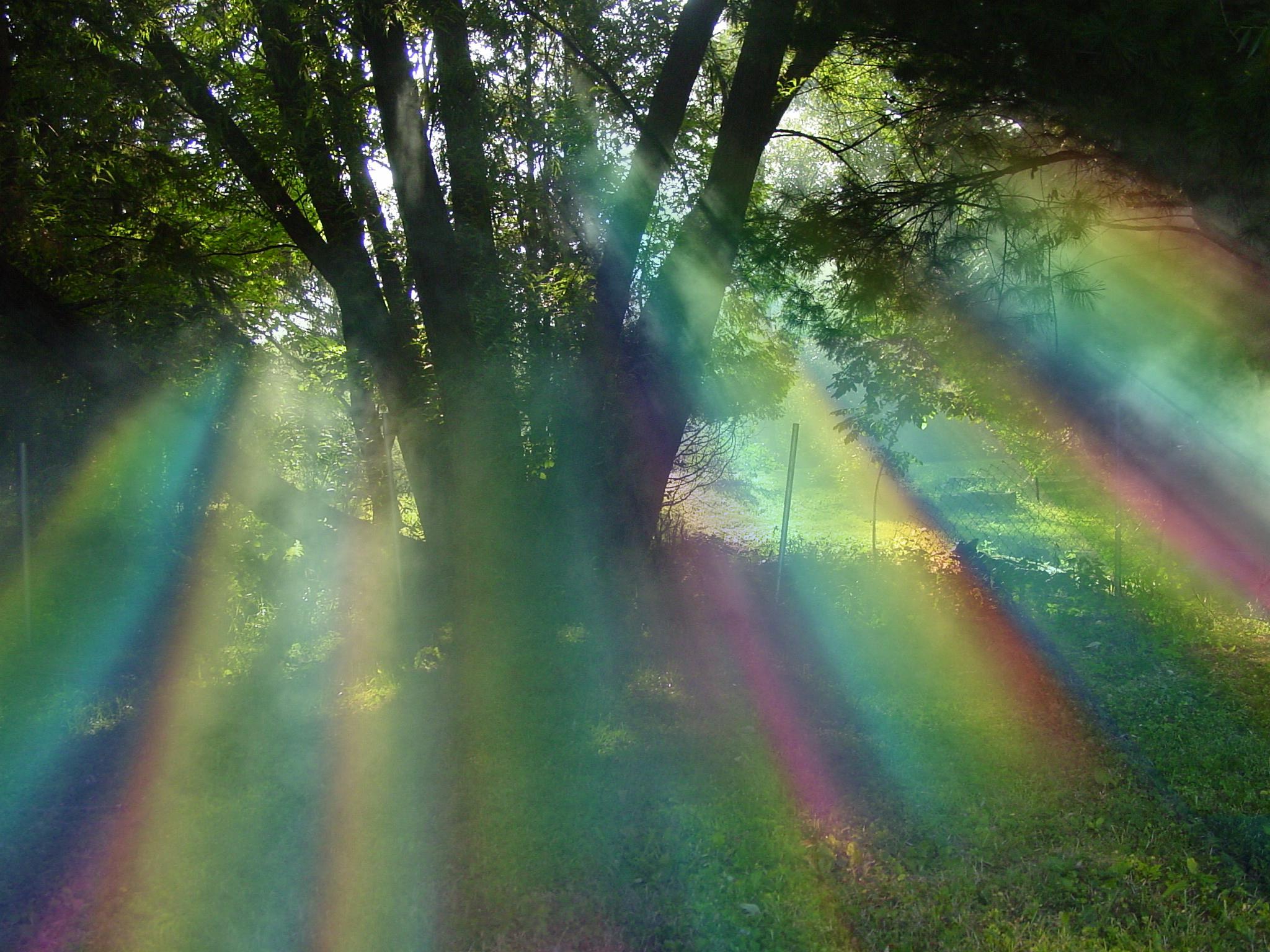 What would your monument be?

The Pyramids of Egypt, the Roman Colleseum, the Eiffel Tower, the Great Wall of China…

If you were given the task of creating a new monument to stand the test of time and unlimited resources, what would it be and where would you put it? Be creative!

As much as I know my recent thoughtworks veer toward nature … both natural elements from the woods and from the oceans … items like pinecones and seashells, acorns and sea-polished stones … I was nicely surprised by my answer to Chris’ question ( see below ) :

the willow heart of human hope

I would create a concrete tree … a very large tree … concrete or marble … some sort of stone … leaves and all … a tree of North America … lights, there would be lights inside the canopy of the tree … maybe a huge willow tree … something you could go into and witness together with others … you could look up into it and it would be like an internal constellation of sorts … it would represent the human heart of hope … light … joy …

It would represent enlightenment and protection. Shelter. Natural shelter. The sort of comfort you can only feel when embraced in the arms of nature Herself.

Not the tree that they nailed Jesus Christ to. Not the tree of eternal suffering. Suffering of the child. No, no … nothing of the sort.

The tree … this natural willow heart of human hope … she would stand alone, larger than life … offering comfort … the tree would have a halo. A tree that somehow achieved martyrdom … a saintly status in the form of a weeping willow. Perhaps the tree Herself is also a fountain. A fountain tree of hope and light and trickling streams of joy … warm water. A true symbol of growth and healing. Growth, healing and comfort.