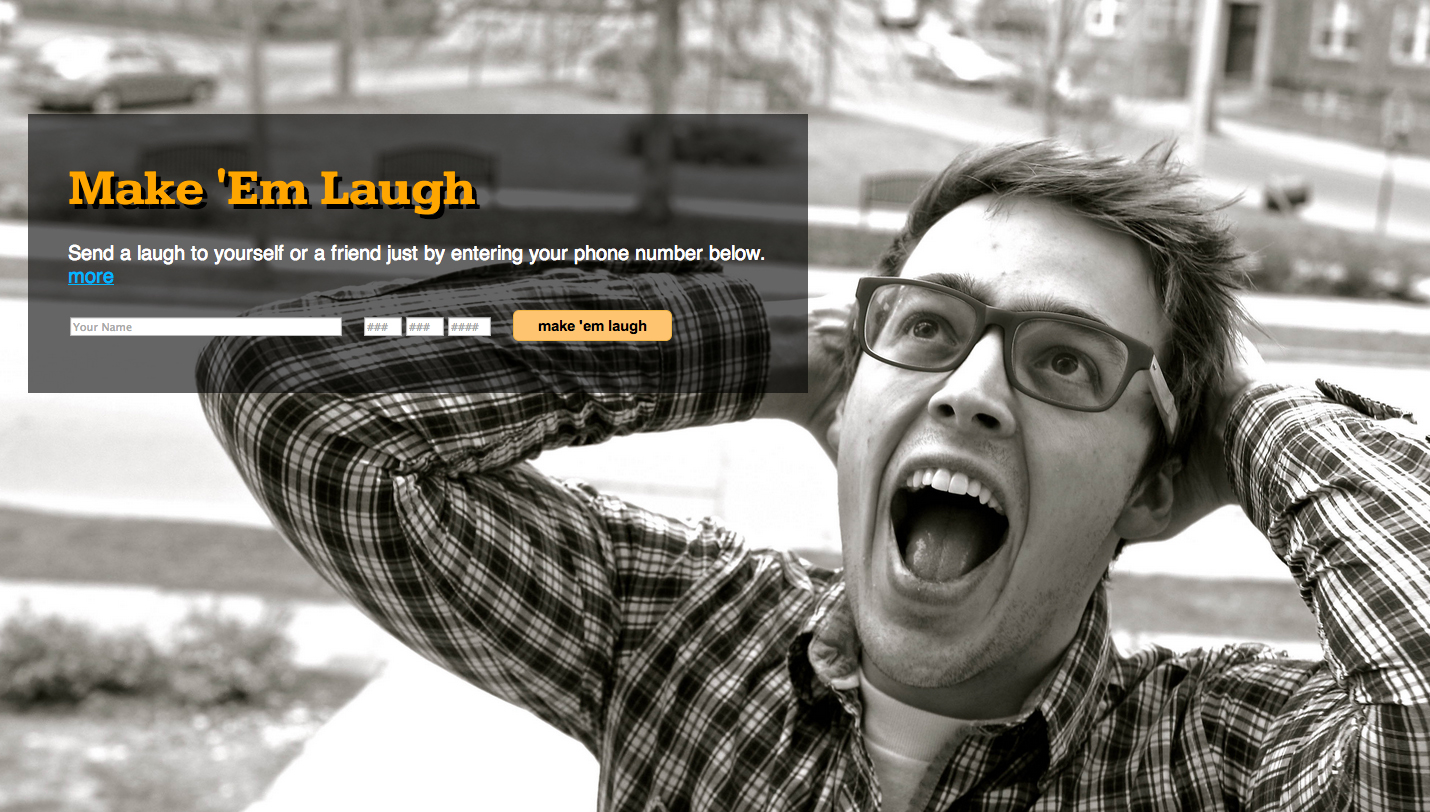 OMFGawd! — today ranked in as one of the funniest, funnest April Fool’s Days EVER!

My very good friends and colleagues out at Mobiquity — Rachael Stedman and Skylar Roebuck, the mad fucking geniuses that they are — took my rather broken dregs of an initial attempt to prototype a ‘Laugh Hotline’ concept I tried to throw together at Tufts Hackathon 2013 and really made it into something functional, fun and quite hilarious — i mean, this shit is FUNNY!

check out Random Acts of Laughter

Just enter your name and the target — er, ehm — recipient phone number you’d like to send a random laugh to and through the magic code expertise of Idea Squad Brain Trust { aka, Rachael Stedman, Skylar Roebuck and I … and any other Mobstrz that join our all powerful forces of hackage } the RAoL back-end servers randomly selects one of our hand-crafted audio laugh pre-recordings { generaously supplied by Laugh Institute } and sends it over with some light salutations to help brighten somebody’s life for a few ephemeral mobile moments

After just one day of our 2013 April Fool’s Day Beta Launch we’ve already received a barrage of random accolades and praise — just take a gander at what people are saying about Random Acts of Laughter:

One receiver of a random laugh immediately replied, ‘Oooh my goodness! I just sent this to myself and almost lost it — fun for the whole family!’

Another unsuspecting participant in our surprise mobile laugh intervention chimed in by saying, ‘Just had some moron/creep call my cell phone and leave a voice mail message. It was a Quincy number so I didn’t answer it. The message was just maniacal laughter. Creepy—like a deranged clown. Probably some idiot calling random numbers on his day off from Walmart.’

And finally, yet another delighted and mirthy victim of Random Acts of Laughter says, ‘Lolz!  So funny!’

Looking forward to more incredible evidence of the success, joy and positive energy we’re all feeling out here at the Idea Squad Brain Trust, the Laugh Institute and Mobiquity

so … lately … on my Facebook laugh group, i’ve been using the smile emoticon as a sort of parenthetical, visual naming element + convention … so, the name of the group + all that is surrounded [: like this :] in little smileys, right? … + then on the other more poetry-based Facebook group i started up ( an actual second attempt to eRessucitate the poetry round-robin open mike i had running back in the early ’90s, The Sound of Dolphins ) i used a slightly different, but subtly similar convention … |: something more like this :|, right? these are the written music symbols that surround a repeating set of bars …

… why not create a Score for Laughter? sections of the score would be surrounded by the old [: smiley emoticons like so :] … + i could use the pitch + other parameters of musicality to really demarcate what i might want a laugh ensemble to produce for me as the laugh conductor … might be ridiculous, but worth trying out, right? ;] 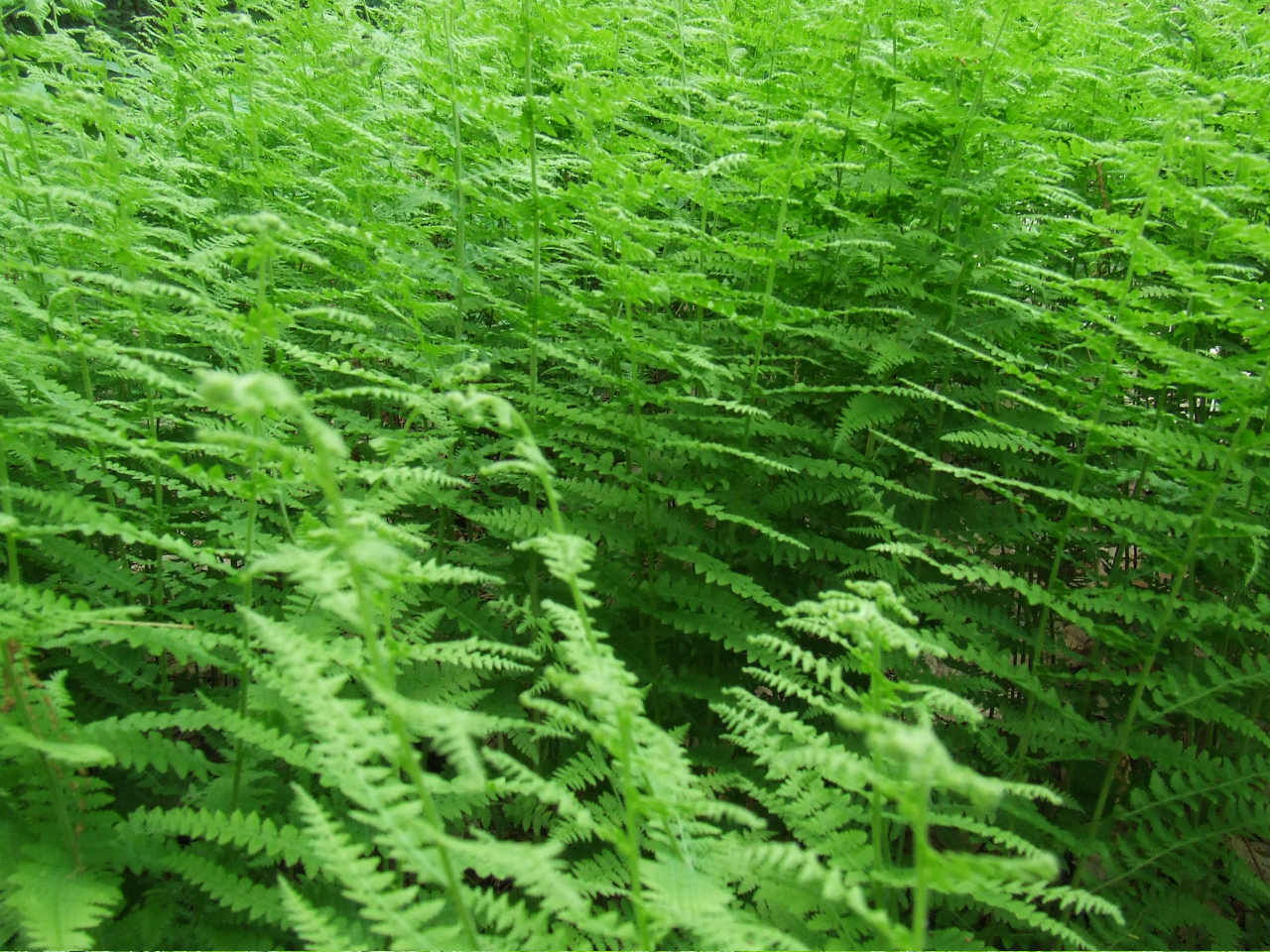