i recently bumped across this rather incredible article on Co.DESIGN entitled, ‘4 Secrets For Doing Gonzo User Research‘ — and the article helped put some interesting historical context around one of the 4 major project streams i pursued and captured in my MFA Design thesis ‘confounded: future fetish design performance for human advocacy‘

so, in the Co.DESIGN article they discuss a form of first-person research as first formalized by the designer Patricia Moore — as a way to study the actual human experience of target demographic, Moore …

‘… dressed as an elderly lady, wearing prosthetics that restricted her movement and eyesight.’ 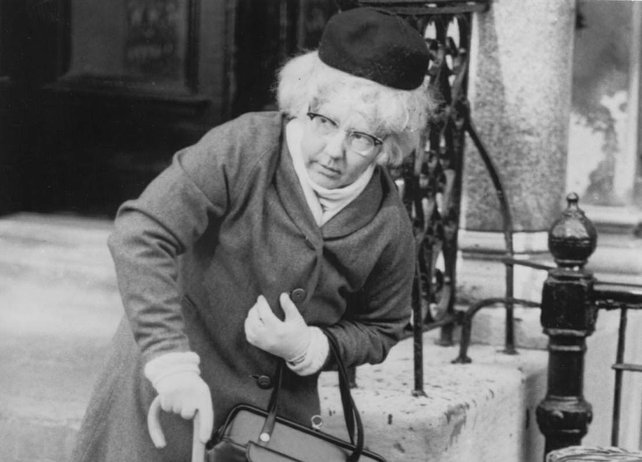 the insight that Moore gathered by going undercover as an elderly woman with realistically limited visual and physical faculties helped influence her thinking as a designer, bringing a heightened awareness and perspective to her work — one more closely aligned with the actual people that would eventually use the designs resulting from her research and design work

as a user experience design professional with a secret nighttime, after hours life as a performance artist — my graduate work at Dynamic Media Institute at Massachusetts College of Art and Design quite naturally delved into explorations that combined these 2 areas of practice in ways i had never previously personally explored

my personal heroes — the original inspiration for the kind of performance art i do — came from the work of fantastic innovators that i’ve admired, like: Andy Kaufman; Sasha Baron Cohen; George Carlin; Alan Funt; Chuck Barris; Anaïs Nin; Carolee Schneemann; Rod Serling; and numerous others — but, first and foremost, my brand of performance art follows the interventionist and subversive spirit found throughout Kaufman’s work

from the outside of his ofttimes off-putting and controversial work, the majority of Kaufman’s target audience — apparently the general american public { mostly television watching, suburbanites } — might not even understand the prankish nature of Kaufman’s work — in other words, the audience is not in on the joke, which is very confrontational, very aggressive and unkind in many ways

now — of course — most of us watching the historic footage of Andy Kaufman’s appearances on the first episode of Saturday Night Live, on David Letterman, etcetera — remain part of the other side of these performances, but now that we understand that he’s a comedian delivering from the practice of performance art in the unusual context of mainstream televised media — now that we’re in on the joke — Kaufman’s work seems less threatening and a LOT more humorous, clever, and to some, like me, actually ingenious — the oeuvre of his work becomes a sort of ongoing performative social commentary meant to wake us up and start to question, as the audience, this one-to-many, one way, consumeristic broadcast delivery mechanism — and, much-like the very iterative and experimental way in which a traditional stand-up comedian tries out his or her bits on stage to eventually build, test and refine a set act of material, Kaufman very bravely discover and build his very own vocabulary in mediated performance art for the mainstream to then engage in this dialog of awkward self-awareness

at this point i think of Andy Kaufman’s comedy as something situated between Theatre of the Absurd and Theatre of Cruelty — he’s showing us in the 1970s just how silly television really is, how easily we are consumed by our own consumerist broadcast box but then also showing us, as the audience, just how stuck and defenseless we are as well-trained american citizens

if we watch some of Kaufman’s earlier appearances now, and switch our own perspective to imagine what it must’ve been like from Andy’s perspective to perform in this way — after all, i really think that’s what his work is all about at the end of the day — its more for him than us — he’s getting a total rise out of these subversive experiments with the medium of mainstream television — just looking at his later work of challenging women to wrestling matches alone exposes this aspect of his work, this sort of total provocation of the masses accompanied by a personal rise, even, in this case, quite literally, a sexual rise { as according to Zmuda’s Andy Kaufman Revealed!, Kaufman sexually enjoyed getting sexually excited in the ring, and most likely also got turned on during his rather ridiculous anti-femminist shouting matches with potential future female wrestlers, with his ‘weaker sexed’ adversaries — such a despicable ploy, to play the part of the male chauvinist asshole comedian } 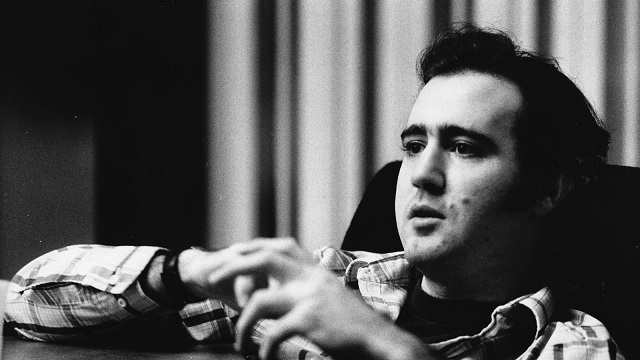 so, it seems to me there are 2 rather valuable lessons to learn from this conversation about what Co.DESIGN calls gonzo design and what i am calling design performance — and as a design professional i very highly recommend we all start to get more active with our design processes and explore deepening our personal awareness of the experiential aspects of our potential designs using the following 2 activities or experimental approaches:

nobody said you need to sit on your ass in front of a computer to design, right? that’s just the toolset they keep pushing on us in academic and professional settings — its up to us, its our obligation as designers, to keep the field fresh and active and exciting and to make sure we keep the word DESIGN in the realm of an action verb, not just a noun that describes the final, object-based results of the actual living, breathing, writhing process we all know and love along the way when its done right, when its injected with the proper doses of vigor, vim and real human energy