Amber Case is here. Uncle Nate is here. Rick Turoczy is here. Everyone’s gathered to learn the answer to this rhetorical question: Who Killed Social Media? 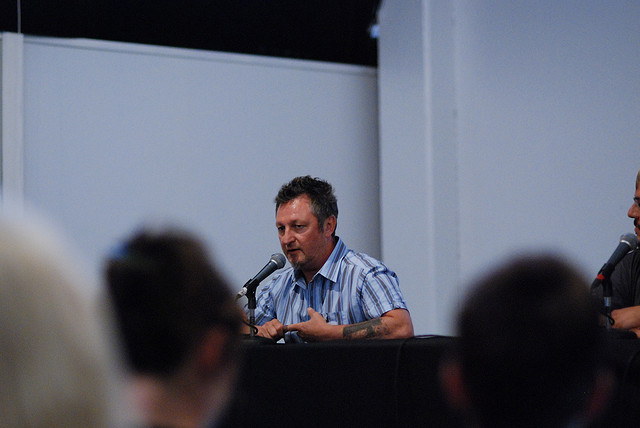 Welch says, “SEO and SEM will be dead in six months,” which provokes several audible guffaws from the audience, for some in the room no doubt make a living by feeding The Google what it wants. But according to Welch, The Google is changing its diet and is increasingly returning results generated from the Social Web. “It’s about reputation management now, so distribute your assets,” warns Welch. In other words, what people say about a brand or a company is equal, if not superior, to what the brand or company says about itself.

Speaking of what people say, Dave Allen is fired up about what people are saying this week in response to radical changes at eMusic. eMusic unilaterally decided to add Sony’s back catalog to its offerings and concurrently altered their pricing structure for the worse. Allen, who helped build eMusic into the indie music source it has become for its 400,000 subscribers, believes the mess eMusic is in could have been avoided entirely if the company had simply taken out an insurance policy in the form of a $55,000/year Community Manager.

Allen mentions that he blogged about the eMusic issue on his Pampelmoose site and also on Social Cache, Nemo’s blog. eMusic’s PR dept. has been in touch as a result. This tidbit raises Kirkpatrick’s eyebrow. Kirkpatrick asks Allen how one can get away with being so outspoken in a business context.

“You must have an opinion,” declares Allen. “Why would I be asked to be on a panel or why would I blog, if I didn’t have anything to say?” Allen adds that generally people don’t take offense because the Social Web gives them a chance and a place to respond.

An audience member steps to the mic and asks,” If Social Media is dead, what’s next?”

Saravino says geolocating is next. He believes that geolocation will be built in to various services and apps and become a common place offering. If he’s correct, we won’t just know what our “friends” are thinking, we’ll know where they’re thinking it.

Saravino adds that while it’s not new, many brands have no mobile Web site. He doesn’t understand why, especially for brands going after a youth market. He says kids aren’t on smart phones, they’re using free flip phones and brands need to be there, where the kids are. 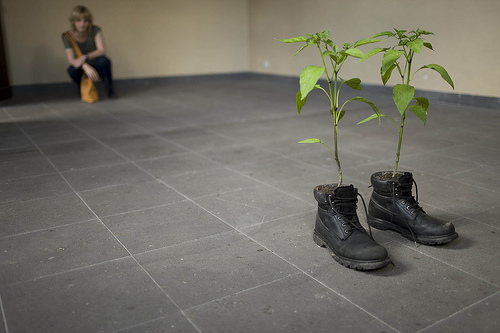